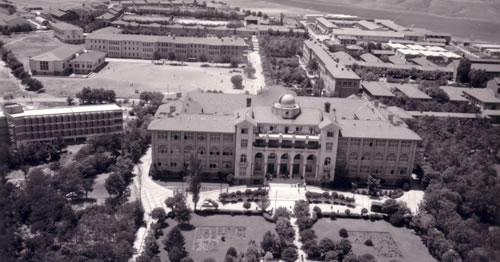 Taking into account features such as determining its priority areas, the quality of its education, the power of university-industry cooperation; its place in the ranking of country and world universities in different categories, Gazi University as of September 26, 2017, has become one of the 10  Research University's in Turkey.

Gazi University, which is a city university located in the center of Ankara, has a central campus in Beşevler and campuses in Emek, Maltepe, Ostim, Gölbaşı and Kahramankazan. Today, approximately 37 thousand students are studying at Gazi University which also hosts foreign students  from the Turkic Republics, Caucasus, Europe, the Middle East, Africa, America and the Far East. With approximately 3 thousand academicians and more than 10 thousand students in graduate programs, Gazi University is a higher education institution of international standard that meets the needs of academic staff of both its own and other universities. In terms of Turkey's progress and development; Gazi University, which plays an important role in the academic and technological accumulation of young generations, has proven its success in education both nationally and internationally. Without compromising its necessity, quality and style, Gazi University maintains the motto "Being a Gazi member is a Privilege", which is awarded to its students, teaching staff, administrative staff and graduates.